Out Now
​​A Christmas Single and Holiday EP by

Watch Santa Will Find You 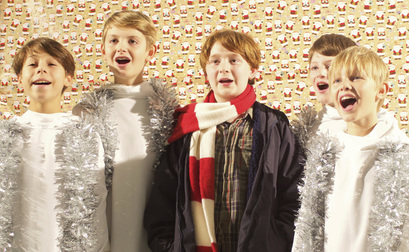 A spate of snowballing and snow-angels broke out last weekend. For the release of our new song “Santa Will Find You”, the boys in the choir created several Christmas scenes in a Balham studio for the accompanying video – thanks to a good supply of the right kind of fake snow.
​
Soloist Isaac London had the challenging task of delivering the touching message of the song as all kinds of mayhem developed around him. Draped in Christmas lights he eventually joins the snowball party.
Santa Will Find You  -  November 4, 2015

We are pleased to announce the release of our new song “Santa Will FindYou” for download on iTunes. This is our first independent release.